Ever wondered what the big fuss about veganism is all about?

I decided to write this post to explain the benefits of being vegan and why more and more people are making the transition.

Who knows…maybe after reading this, you will too!

The Growth of Veganism

The vegan diet is exploding.

In just the last two years alone, I’ve noticed a significant increase in the amount of vegan packaged foods in supermarkets; vegan dishes on offer in restaurants and the availability of plant based milks in coffee shops. 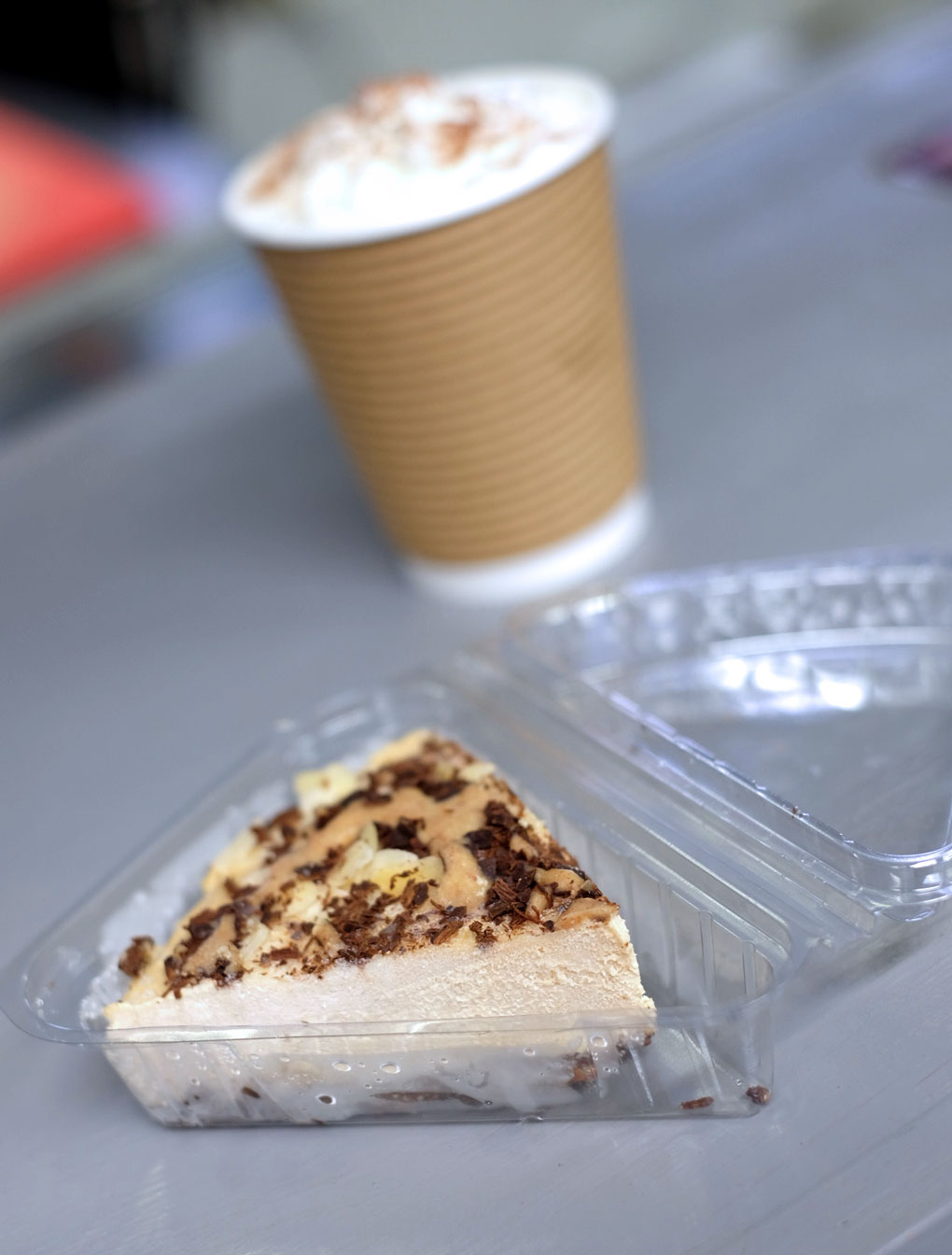 I’ve even had the pleasure of meeting more vegans in my day-to-day life – something that never happened in the early days of my vegan journey.

At first I just thought I was noticing these things because I’d gone vegan. You know, when you take up a strong interest in something and suddenly everything reminds you of that thing.

But it hasn’t just been my imagination. The stats prove it. Going vegan is becoming mainstream!

The Undeniable Growth of Veganism

What is a Vegan? 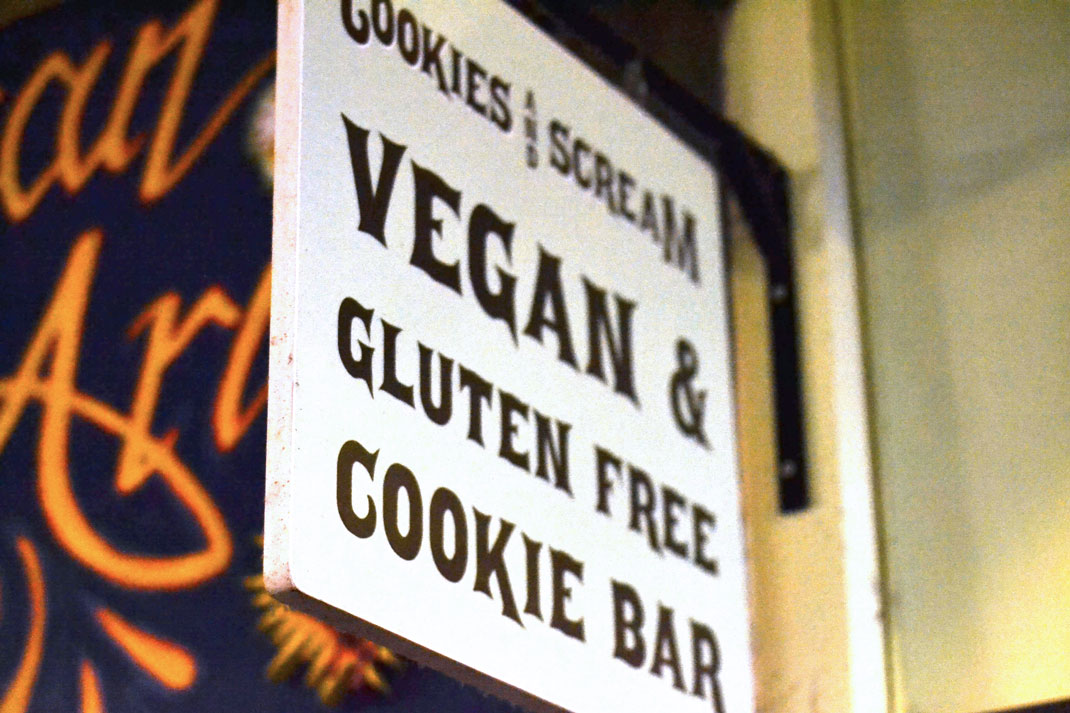 The agreed definition of a vegan is somebody who does not eat any part of by-product of an animal, including meat, fish, dairy, eggs, honey and gelatine.

They also generally do not buy, wear or use items that have been made with animal parts, such as leather, fur, cosmetics, or household cleaning products.

Additionally, vegans will not support any practices where animals are used against their will for entertainment or gain, i.e. circuses; animal testing.

The fact that the adaption of a vegan diet is becoming so popular should be enough of a reason to tempt others to join in.

However, many people are still in need of convincing. And hey, I get that – I was once there too.

Here are some of main reasons to go vegan:

1. Animals are sentient being that feel pain and want to live – just like us. They are not faceless products, but have unique personalities and emotions, just like cats and dogs.
The meat, fishing, dairy and egg industries cause immense suffering and pain to these creatures. By going vegan, one person can save around 100 animals a year.

2. We have no need to consume animal products to survive. It has been proven by science. As natural plant-eaters, we can easily get all of the nutrients we need from plants.
In fact, the ADA – the US’  oldest and largest authority on diet and nutrition, states that a vegan diet is nutritionally adequate and may provide benefits in the prevention and treatment of certain diseases.

3. Going vegan doesn’t just help animals – it helps people too. If everyone were vegan, we could potentially feed the 1 billion humans on the planet that are starving and malnourished.
Farming animals is actually grossly inefficient. Studies have shown that we could be using the same feed we use to feed animals to feed animals directly. Crops like soy and lentils provide as much protein pound for pound as beef, sometimes more.
The upshot of it all? Animals take significantly more food than they provide from the global food chain.

4. Animal agriculture is the single greatest human-caused source of greenhouse gases, land use and land degradation. It is also the number one cause of freshwater pollution and the leading driver of rainforest destruction.
The U.N has called for a global shift to a vegan diet wherever possible, as the most effective way to combat climate change, world hunger and ecological devastation.
Currently, intensively farmed animals need 30% of the earth’s land. This would become almost half of the earth’s land if we were to convert to ‘humane’ or sustainable farming practices (allowing 10 acres per cow). And pasture-raised cows produce four times more greenhouse gases.

5. The vegan diet has been shown to prevent and even reverse some of the world’s most chronic diseases, including heart disease, diabetes, breast cancer, prostate cancer and colon cancer.

6. Contrary to popular belief, there is no such thing as ‘humane slaughter’. You cannot ‘humanely’ kill something that does not want to be killed.
There is also no meaning to terms like ‘cage-free’, ‘free range’, ‘humane certified’ or ‘RSPCA approved’. Most of these labels do nothing to protect the animal’s welfare and certainly don’t change its fate.
It’s important to put yourself in the animal’s position. How would you feel if it was you, or your family? ‘Might’ does not equal ‘right’.

7. Vegans on average weigh less than their meat-eating counterparts, according to a 2013 study. They are also at lower risk of obesity.

8. A vegan diet has been shown to reduce the symptoms of many ailments, thanks to its high concentration of antioxidants and anti-inflammatory properties. Such ailments include arthritis, asthma, allergies, high cholesterol, digestion issues and high blood pressure.

9. Meat is actually gross. During the slaughtering, processing and packaging stages, animal flesh becomes contaminated with faeces, bacteria, microbes and other bodily fluids. Many samples of chicken sold in UK and US supermarkets are regularly found to have high concentrations of campylobacter – a dangerous bacterium that causes 2-4 million cases of food poisoning a year. 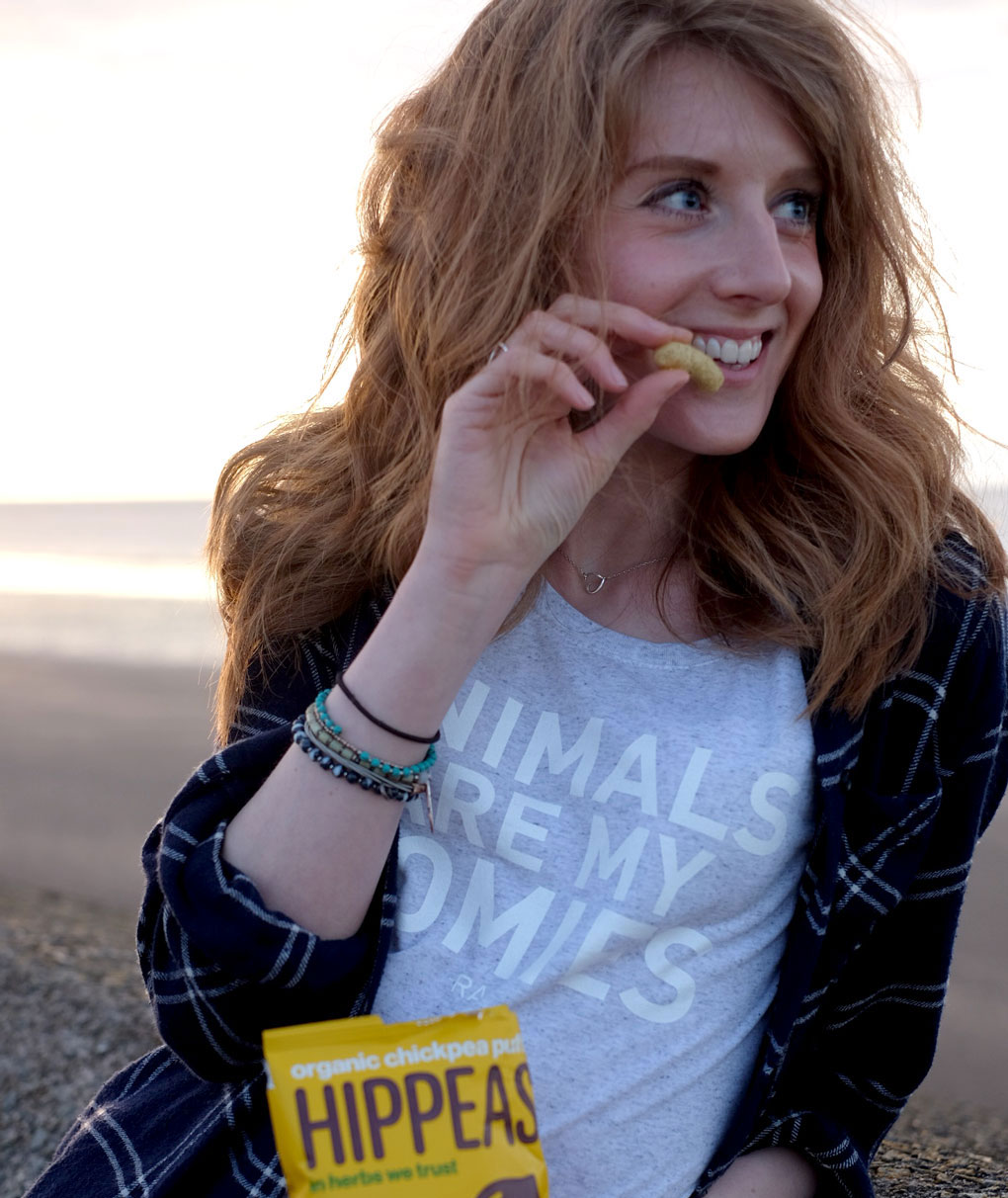 If the ethical, environmental and health reasons aren’t enough, here are some of the personal benefits I’ve experienced since transitioning to a vegan diet.

Is Being Vegan Healthy?

If you’re a junk food fanatic, you can still sate all of your junky desires, in a vegan version. If you’re looking to get healthier or clean up your diet, you can do this with or without being vegan.

Therefore, a vegan diet is essentially as healthy as you want it to be.

That being said, however, there are so many benefits that a vegan diet offers over omnivorous and pescatarian diets. These include lower cholesterol and lower risk of heart disease and diabetes, not to mention a zero intake of mammalian and synthetic hormones; significantly reduced intake of saturated fat; higher intake of fibre, and in many cases, improved digestion.

And no, protein deficiency is not a thing.

For me personally, I believe a well-balanced vegan diet is always going to be healthier than a well-balanced omnivorous diet. Having practiced a healthy diet which did once include meat and fish, I’m confident that leaving those things out of my diet has definitely left me better off.

However, everyone is different, and some ailments prevent people from efficiently digesting greens, beans and pulses…at least, at first.

“Should I Go Vegan?”

If you’re currently wondering whether to make the switch to being vegan, my answer to you is YES!

The very fact that you’re considering it, and bothering to do some research, means you’re already in the right frame of mind to begin approaching a vegan diet.

Veganism can seem scary at first if you haven’t contemplated this way of eating before. But there are plenty of resources out there to help you to ensure you’re getting the right nutrients, as well as a wealth of recipes and inspiration to keep you on your journey.

So long as you do your research, keep an open mind and remember that a little planning ahead goes a long way, a vegan diet can be easy, affordable and accessible for everyone. Keep in mind that it is possible to get all of your essential nutrients from plants, as well as improve your health, alleviate suffering to others AND help the environment.

So if you’re thinking about making the change, go for it and don’t hesitate. The time for making any kind of change is now! 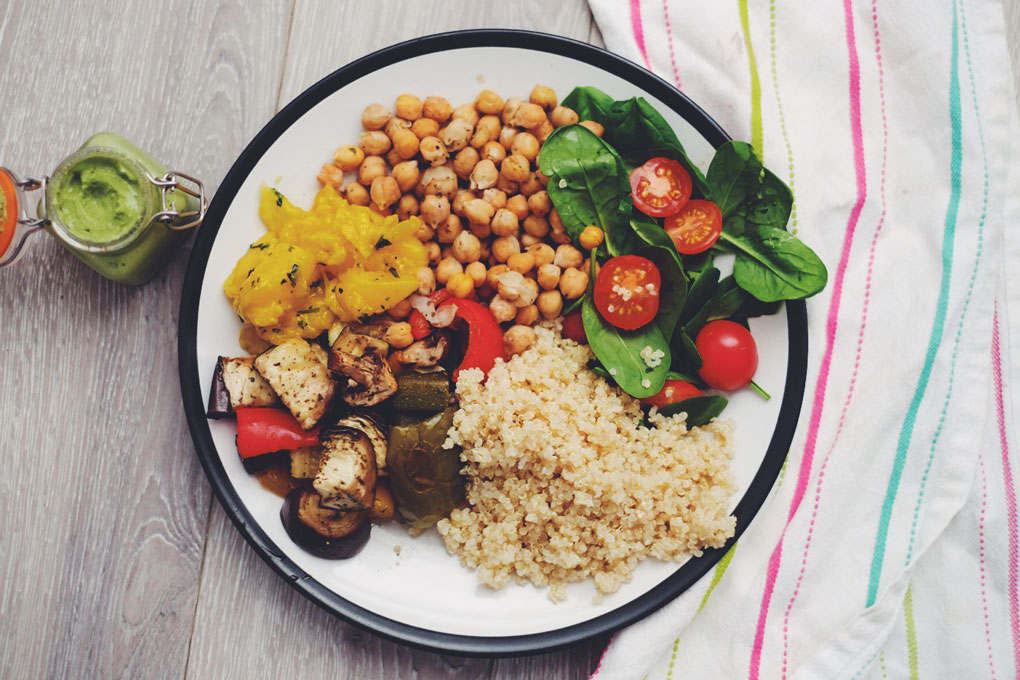 Of course, going vegan is a huge lifestyle change that can be overwhelming to navigate on your own. Most people don’t have any other real life vegans they can talk to, and though lots of information can be found on the internet, that alone can sometimes be confusing and conflicting.

When starting off, it’s great to have a go-to source of information you can rely on for learning the basics of living a vegan lifestyle. Luckily, my friends over at Nutriciously have done exactly that. 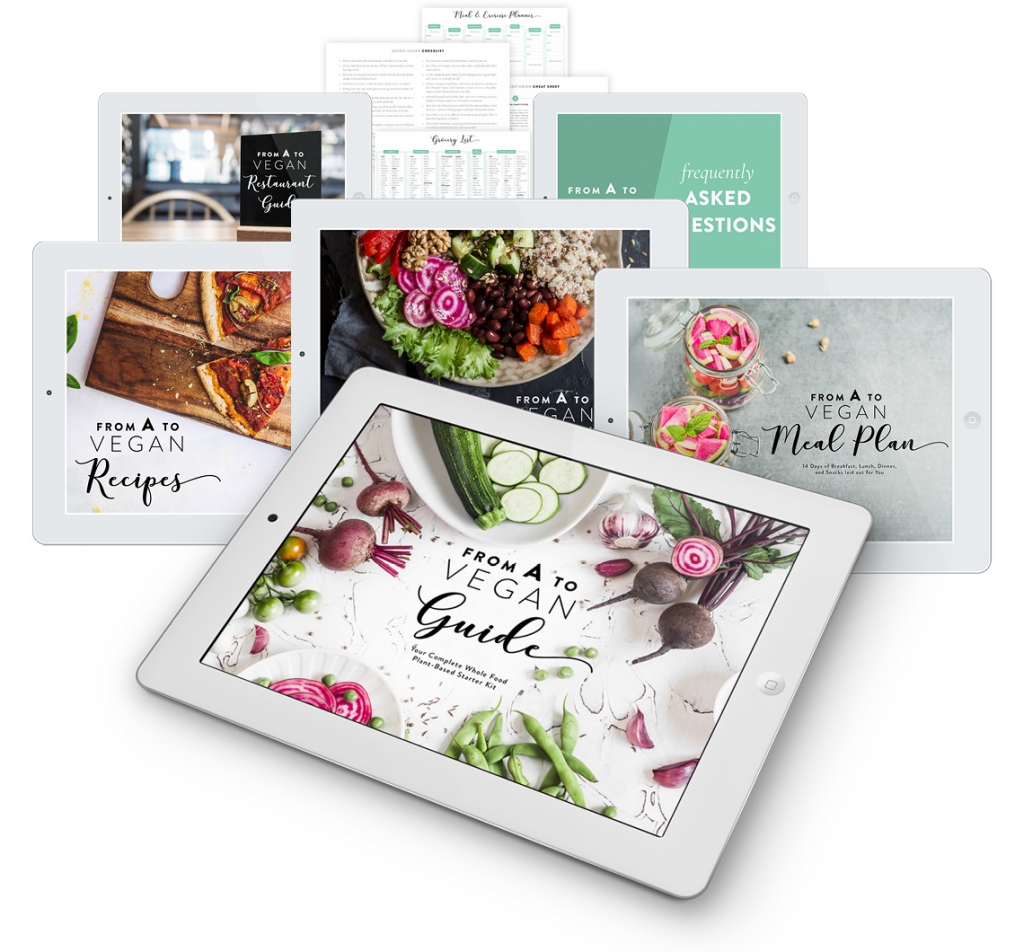 Co-written by longtime vegans Alena and Lars, the Vegan Starter Kit helps you navigate every aspect of vegan life. You might think you can’t go vegan because you have certain intolerances, don’t like certain foods, are on a budget or just time-poor. However, this guide tackles every issue and answers every question you have, helping you to live a healthy, balanced, vibrant vegan life whatever your circumstances.

Get easy-to-follow grocery lists, cheat sheets for easy transitioning, tips on eating out at restaurants, organising your kitchen, changing up your habits and making healthy food swaps, all in one convenient, mobile-friendly bundle. With substantial experience eating a healthy plant-based diet and training in nutrition, their friendly, educational, non-judgemental guidance makes changing your eating habits a joy. It is literally like having two vegan friends help you through every step of the process!

Having worked closely with Alena and Lars in the past, I’m now absolutely thrilled to be able to promote this incredible Vegan Starter Kit with full faith and knowledge of their awesome expertise. Bear in mind that I will receive a small commission if you decide to purchase this bundle through me, but I am 100% confident about sharing Alena and Lars’ knowledge and advice with you. Please also note also that this won’t cost you any more than it would otherwise.

Get your Vegan Starter Kit

If you’re not sure whether this kit is for you, you can download yourself a free sample and get to know more about what’s included. Just click the image below. 🙂 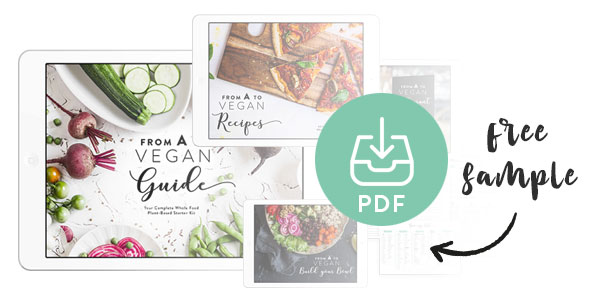 If you’re keen to learn more about Alena and Lars, feel free to check out the Nutriciously website, where you’ll find tons of blog posts, articles and advice about living a healthier plant-based lifestyle. They also have a few other e-books available, such as their ‘Live Lightly’ e-book* (for healthier, sustainable weight loss) and their ‘Week of Vegan Bowls’ e-book, which is absolutely free!

Have you ever considered (or are considering) a vegan diet? Or are you already vegan, looking to level up your health? Let me know your story in the comments below. 😉

If you need any help or advice, or have a question about anything on this page, please feel free to reach out at hello@everythingspeachy.co.uk. I’ll only be too happy to help.