After about four months of my boyfriend being vegetarian, I thought it would be pretty fun to do a post explaining what this vegan and vegetarian buy and eat in a week.

Of course this varies, but the core items stay the same, and we’re now into a good routine where we know exactly what the other one needs and how to get around the supermarket in the fastest, smoothest way possible (not as easy as it looks, people).

Christian announced he wanted to try going veggie in January 2017, which led to our fridge finally becoming a meat-free area. Though I’ve never particularly had any preference as to what my boyfriend chooses to eat, and have always shared a kitchen with meat-eaters, it’s actually been really nice cutting an expensive item from the shopping list and not having to clean the oven trays as often. 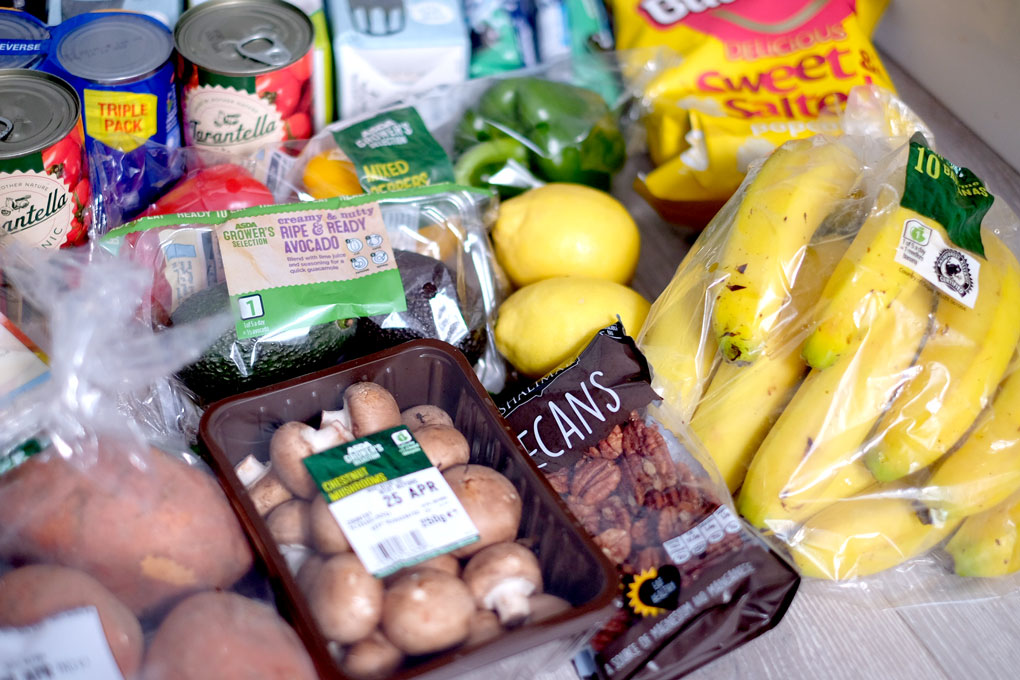 So far in 2017 I’ve seen Chris eat meat a handful of times – a couple of times at restaurants; twice when we were in Iceland, and probably when he’s been on a shoot. Veggie options don’t particularly appeal to him when out and about (unless it’s a margarita pizza), but when it comes to eating at home he’s happy chowing down on a Linda McCartney burger with his sweet potato fries.

We’re lucky to have a big Asda supermarket close to where we live, so we manage to get in a week’s groceries for two people pretty cheaply. Although not as cheap as Aldi, the difference in price is huge when compared with other supermarkets like Sainsbury’s or Tesco.

As well as our main shop, I’ll usually do a Matta’s haul every couple of weeks, which is where I get many of my slightly more exotic ingredients and food products from. And I’ll also often pick up extra veggies if I run out during the week – usually at LIV, my local organic supermarket.

(The tomatoes you see in these pictures are actually from LIV!) 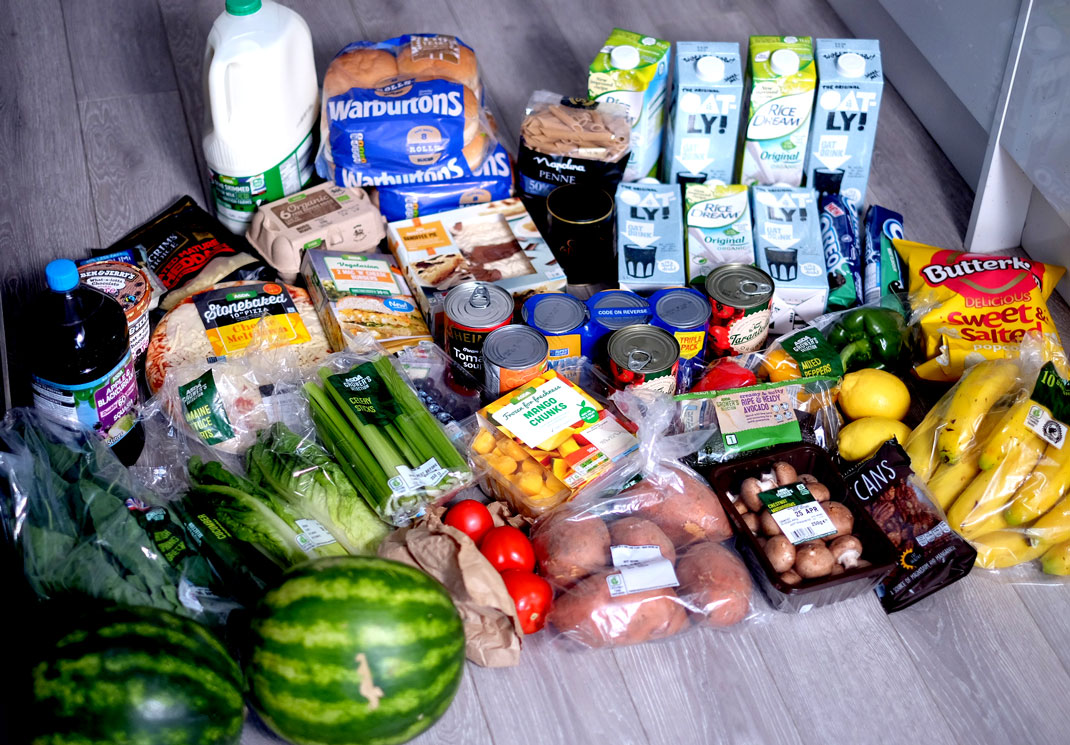 I will explain that my boyfriend is very much still in the transitionary stage – that is, that stage where you just want to find the tastiest possible foods to make not eating meat worth it.

As a result, our grocery haul regularly contains a lot of pizza, veggie burgers and faux ‘meats’ – the stuff that makes you not miss meat so much. Hey, I get it – I was once at that stage too, so I’m happy with him eating anything that makes him happy. 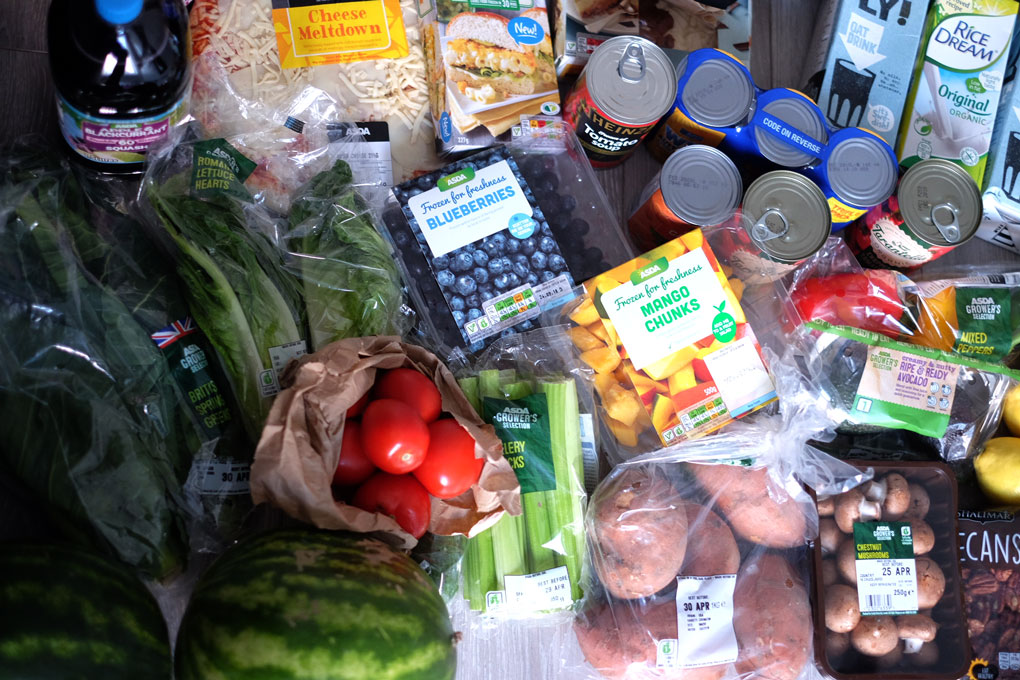 I, meanwhile, have been a vegan for three years. Though I do enjoy Linda McCartney sausages and a good vegan burger, I try to eat those only very occasionally and instead prefer to focus on whole vegetables. I think there is so much you can do with veggies and I love dishes that turn their usual role on its head.

I’ve also been incorporating a lot more raw food into my diet lately. Therefore, about 50% of our shop takes place in the fruit & veg section, and Chris probably wishes he never knew what a watermelon was.

So here it is, our veggie and vegan grocery list! If you have any questions please let me know – I’d love to answer them. 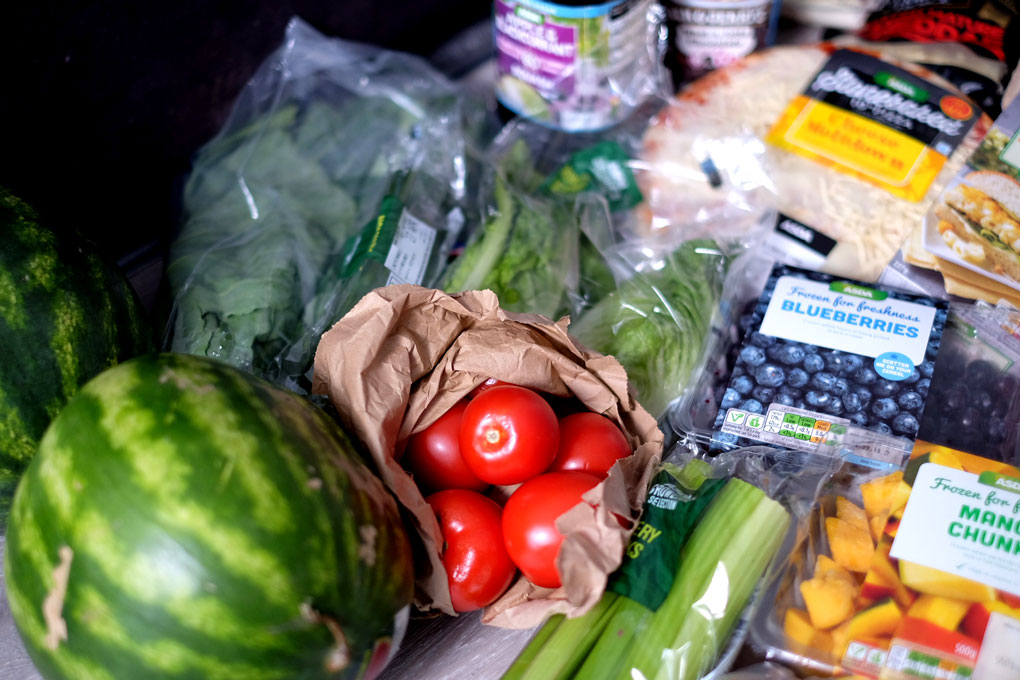 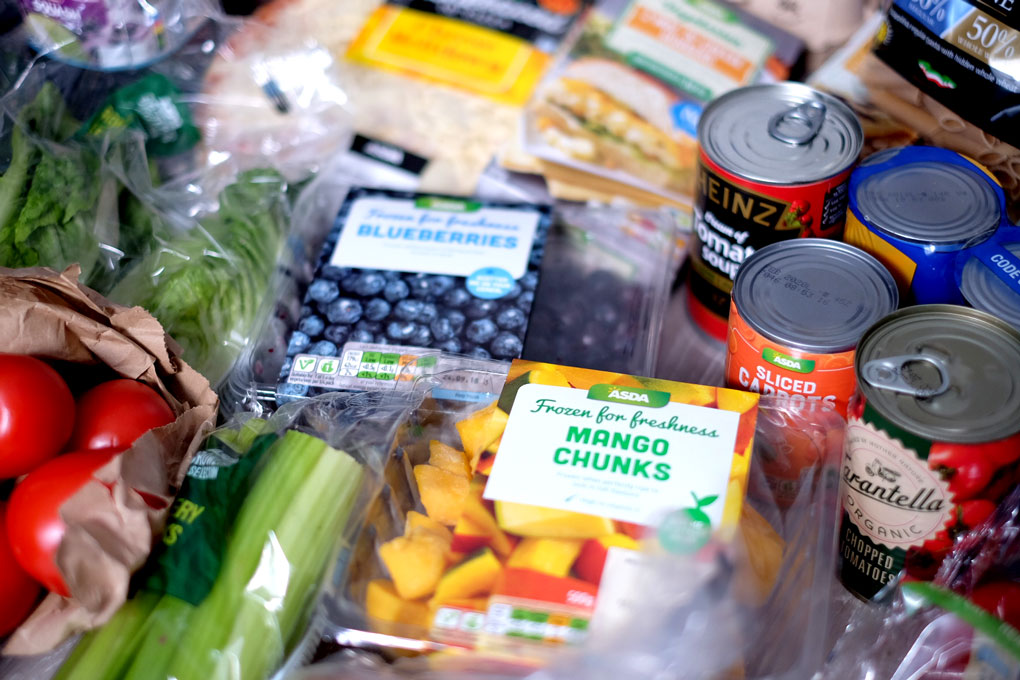 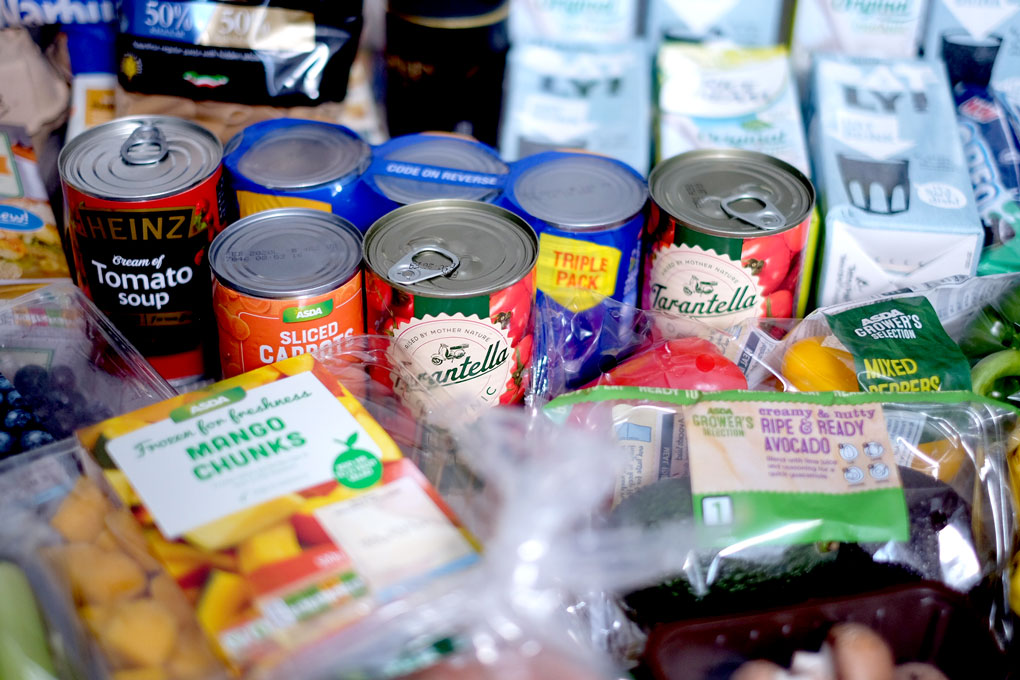 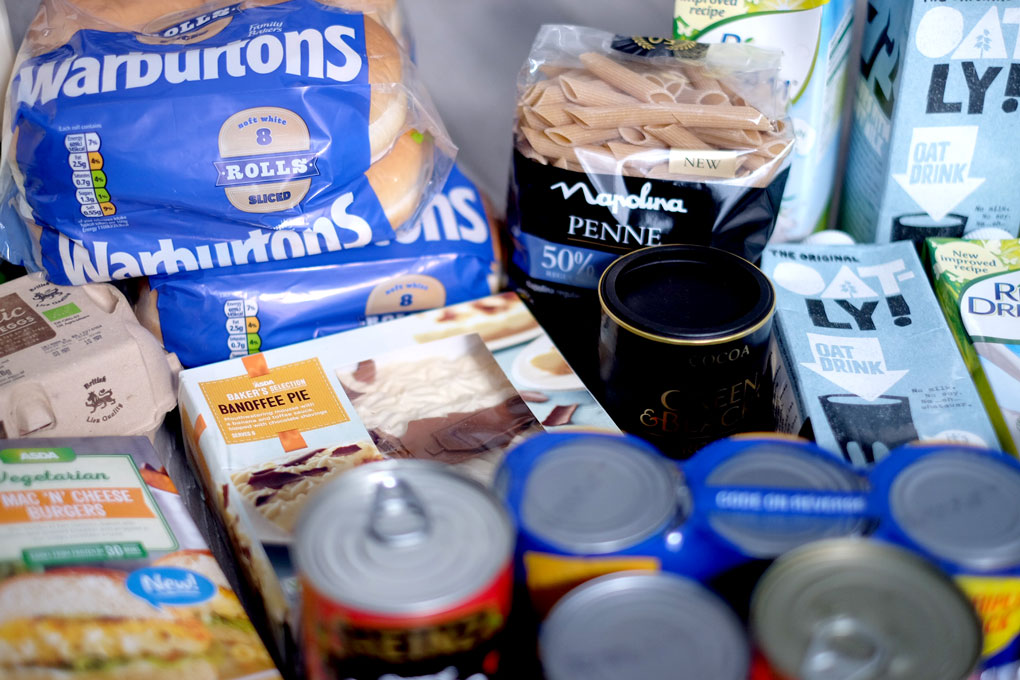 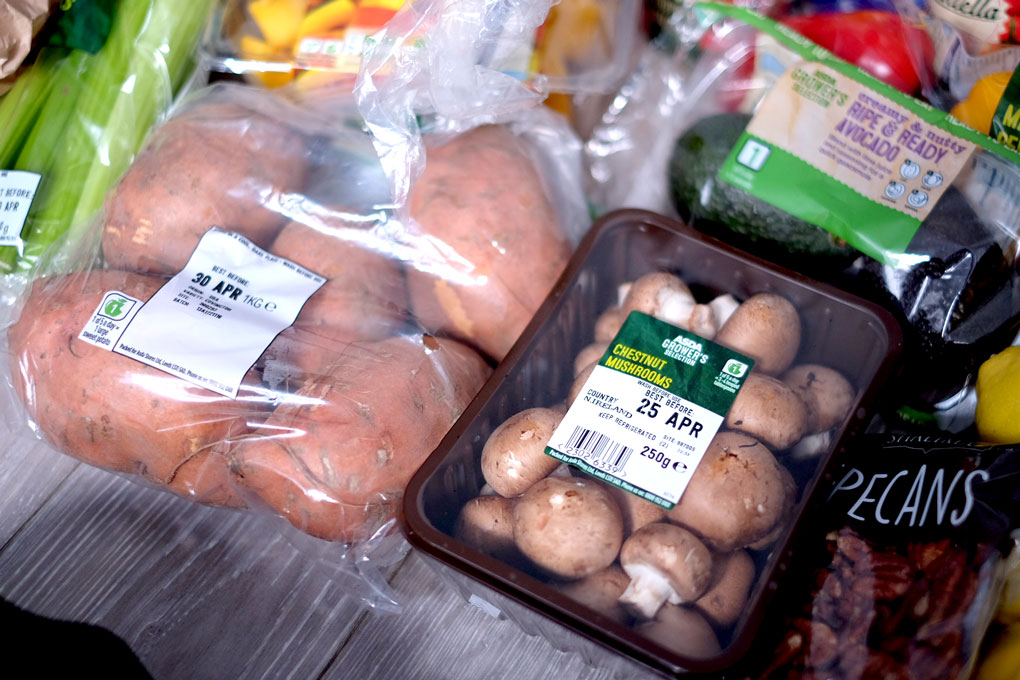 As I was saying earlier, our food haul changes slightly week to week. We had plenty of other ingredients in too – this is just what we happened to need this particular week 🙂

If you’d like me to do a post about what I buy from Matta’s then let me know! I’d also love to hear what you guys buy and eat in a week 😉 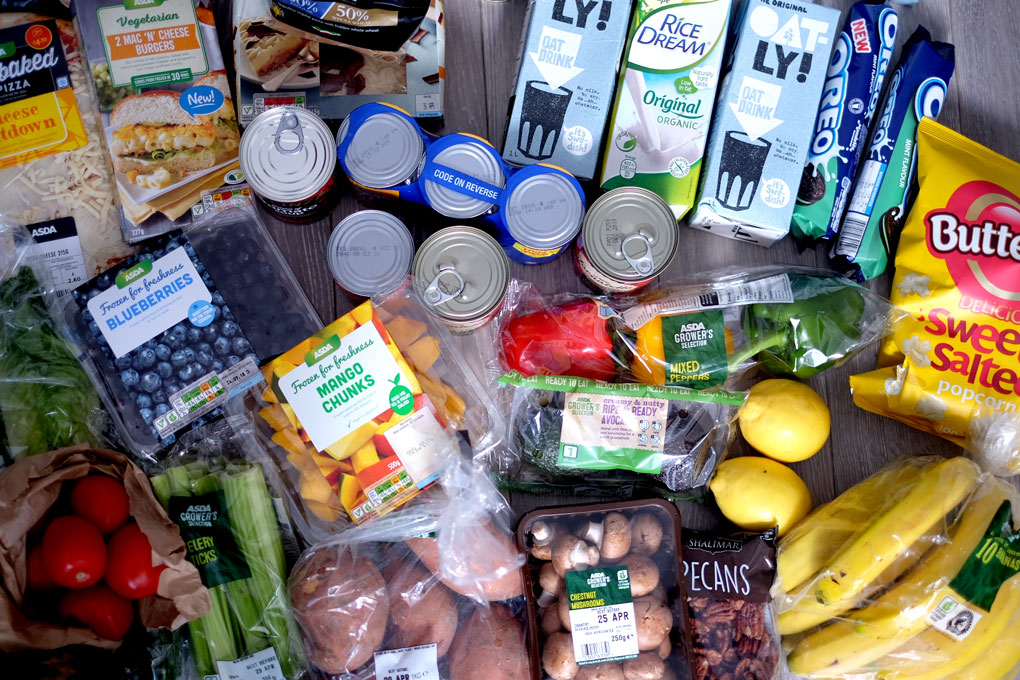