Chia seeds – you’re probably familiar with them already. Small, black, round things that seem like they’d never be significant enough to enhance any meal.

Yet the humble chia seed is a nutritional powerhouse, packing more punch than their size gives them credit for. They’re a crucial staple in my kitchen – not just for the daily benefits, but for their amazing practicality and variety of uses. Today I’m going to dedicate this post to why I adore chia.

Cheer for the Chia

I began buying and eating chia seeds when I read that they’re high in omega 3 and calcium. At the time I was running a lot and had dodgy knees, so getting plenty of omega 3 was crucial to me. Soon later I went vegan, and became obsessed with getting enough calcium (I didn’t want to be one of those stories where somebody goes plant-based and then breaks a bone). 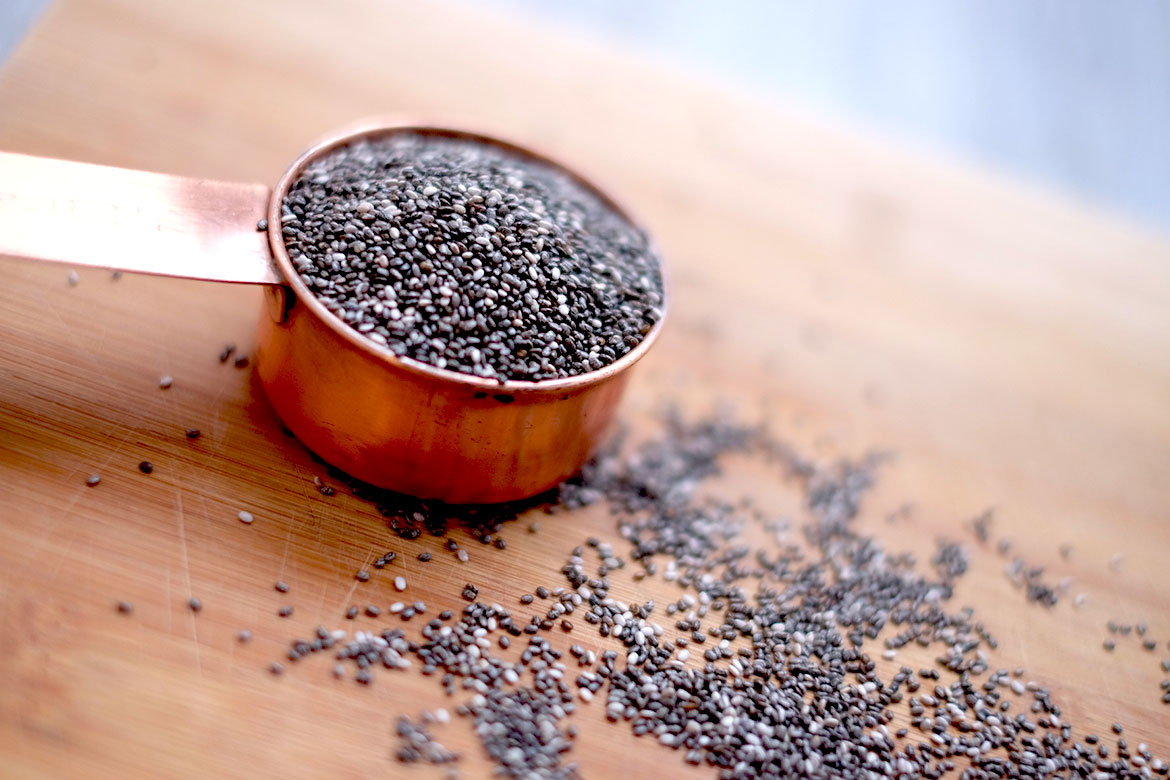 Chia seeds happen to fulfil both of these nutrients, and then some. 100 grams of chia seeds contains more omega 3 than a fillet of fish, more calcium than a cup of milk and more iron than spinach. It’s also pretty high in protein, containing more than most other plant foods, including even quinoa and tofu.

One tablespoon of chia seeds offers you around 90mg of your daily calcium intake, along with 2g protein, and 2.5g omega 3. They’re low in fat, high in fibre and gluten free. Due to their high antioxidant content, they’re amazing for energy, leading them to be consumed by athletes and runners by the truckload. And thanks to their ability to absorb liquid and expand up to 12 times their original size (yep!) , they’re good at helping you feel fuller when added to a meal or a smoothie. Yet they’re also highly digestible and can help with de-bloating and eliminating.

Considering they’re pretty much tasteless, it can be difficult working out where to put them in your diet and how much of them you should eat. The good news is that, providing you eat a variety of other whole foods, you only need to eat around 1-2 tablespoons of chia per day max. 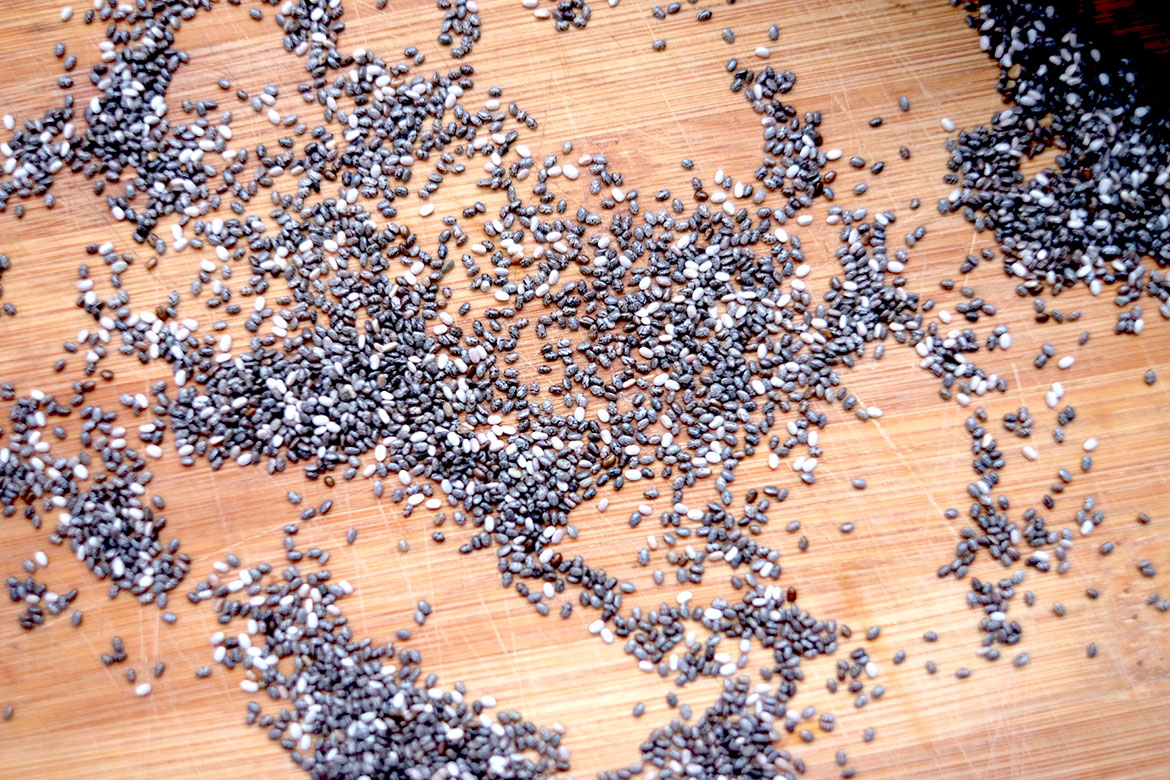 When you think about it, sneaking just a tablespoon of chia seeds into one’s diet doesn’t need to be that difficult. Here are some ways you could do it: 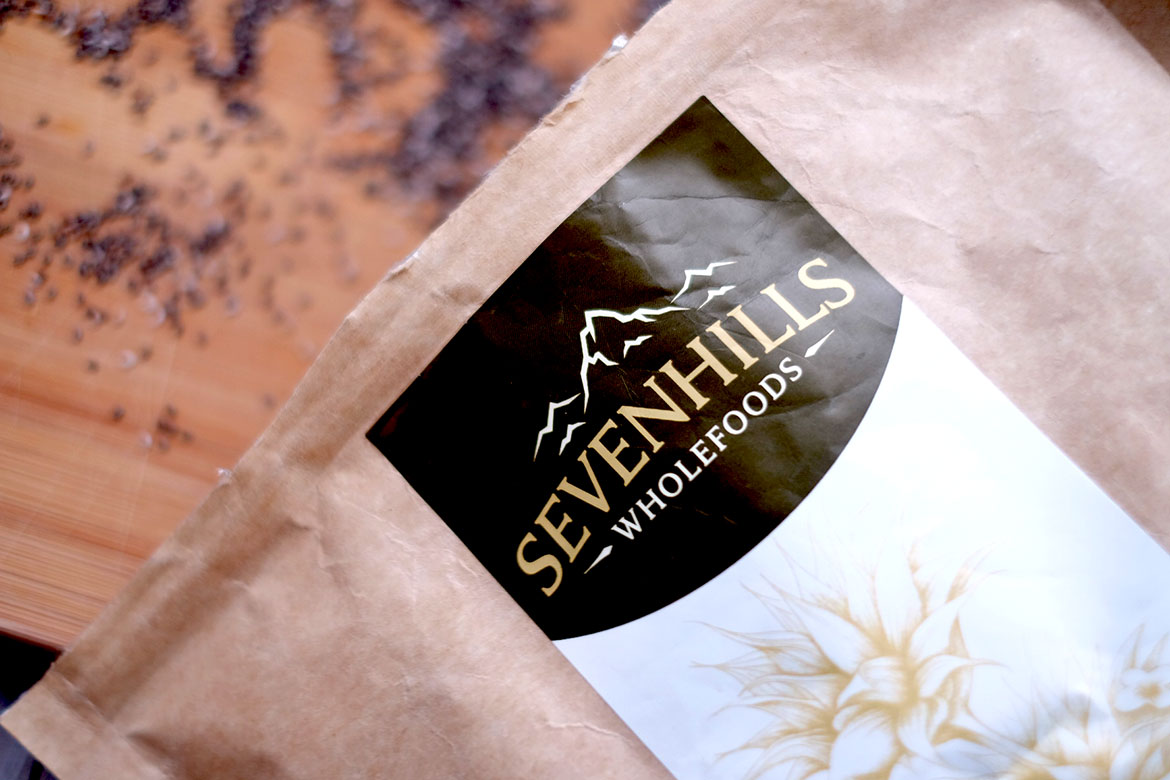 You’ll probably find bags of chia seeds in any large supermarket (Tesco, Asda, Waitrose), Holland & Barratt and probably any local health food shop. However these are often quite expensive for the small amount of seeds you get.

I always order my chia seeds from Amazon, my favourite brand being Sevenhills Wholefoods Organic. I buy a kilo at a time, which sounds like a lot, but it works out much cheaper and they last for months in the cupboard! They’re also organic too.

Are you ready to embrace the mightiness of the chia? Let me know your thoughts or questions in the comments below!