Hey guys, happy January! I hope you all had a beautiful Christmas and a peaceful start to the new year.

If you’re like me, or most people, you’ve probably been having a think about those new year’s resolution things; or maybe just the exciting stuff you want to do in 2018.

As you probably know, I believe most resolutions end up bogus pseudo-goals – fun to throw around, but difficult to hold up in the long haul.

I also don’t believe you need to wait till the start of a new year to make changes to your life. Today – this day, any day – is just as good as any. Remember that!

Nevertheless, I’ve been having a think about my own plans and intentions for 2018.

At first I thought I’d keep them to myself. There’s something I’ve always found satisfying about staying silent about one’s goals until you achieve them and surprise everyone. 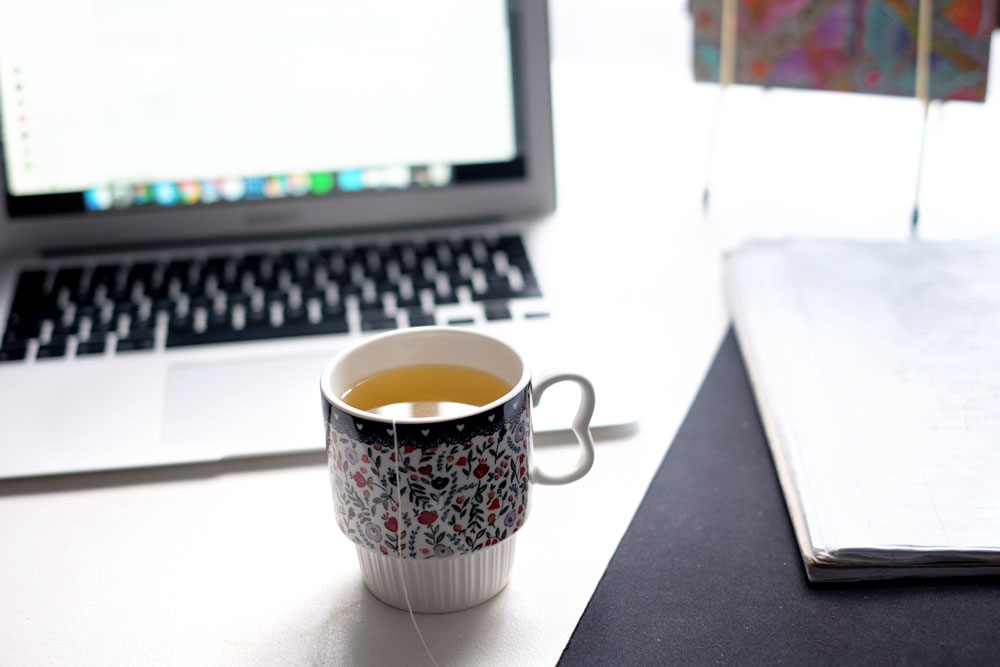 But then I thought differently about it. There’s a lot to be said for writing your goals down, whether it’s on paper or in a blog post. Not only does it help keep you accountable by others; studies have shown that this can help ‘trick’ our brains into pulling us closer to our goals (more on this below).

They’re not necessarily grand or large, but I’m pretty happy with the intentions I’ve set for myself. I decided to also make an additional list of specifically ‘blogging’ 2018 goals, which I’ve never done before. I don’t think I’ll be posting them here, but if you are at all curious, feel free to ask and I’d be happy to share. 😉

Before I talk about goals, I just want to mention a quick thing about gratitude and reflection.

There is literally no point jumping onto the next thing if we don’t take time to reflect back on what we’ve already done; to appreciate what’s gone by and also what we already have, in the present.

Not only does this help to keep life from slipping away from you, it also puts you in a positive frame of mind for setting new goals and intentions. You realise all the cool stuff you’ve done already, and you’re all like, “Yeah! I can totally do this! New challenges, come at me.” 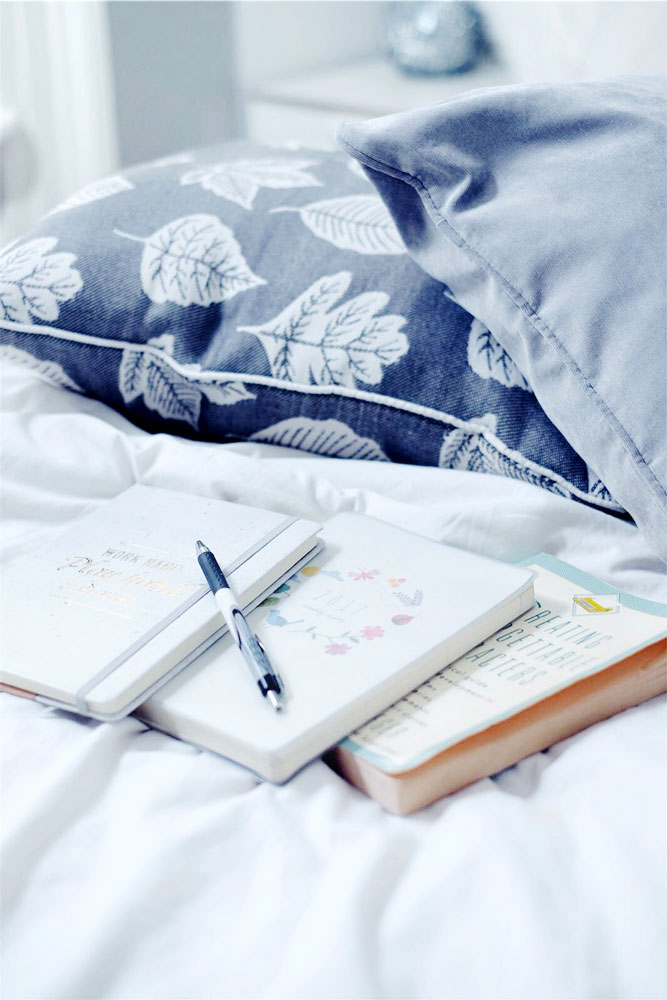 So sit down and make a list of everything you were proud of in 2017. This can be purely mental or you can write it down on paper. Don’t be too demanding with it – these little accomplishments can be as big or as small as you like. Sometimes, the most ridiculous things make me super pleased with myself.

And unsurprisingly, some of the things you did last year might shape or motivate the plans you have this year.

Recycling: Most people probably already do this, and are probably thinking, “Why would you even need to list that as a resolution?” But the truth is that since we’ve lived in our current apartment (over 18 months), we haven’t been recycling because we didn’t have any recycling bins.

This made me feel terrible, because I’d been so used to always salvaging plastic, glass, cans and paper when living at my parents’ place. At first I thought it was because the area we live in just didn’t recycle, but then I learned that you can just ASK the council for a recycling bin and pay a small fee. Duh.

Needless to say, now we are recycling our shit properly and are no longer causing unnecessary waste to the environment.

In the same vein, I am also looking to reduce my overall plastic usage this year. Because, you know, plastic is wrecking our oceans, and everything. But more on that in another post. 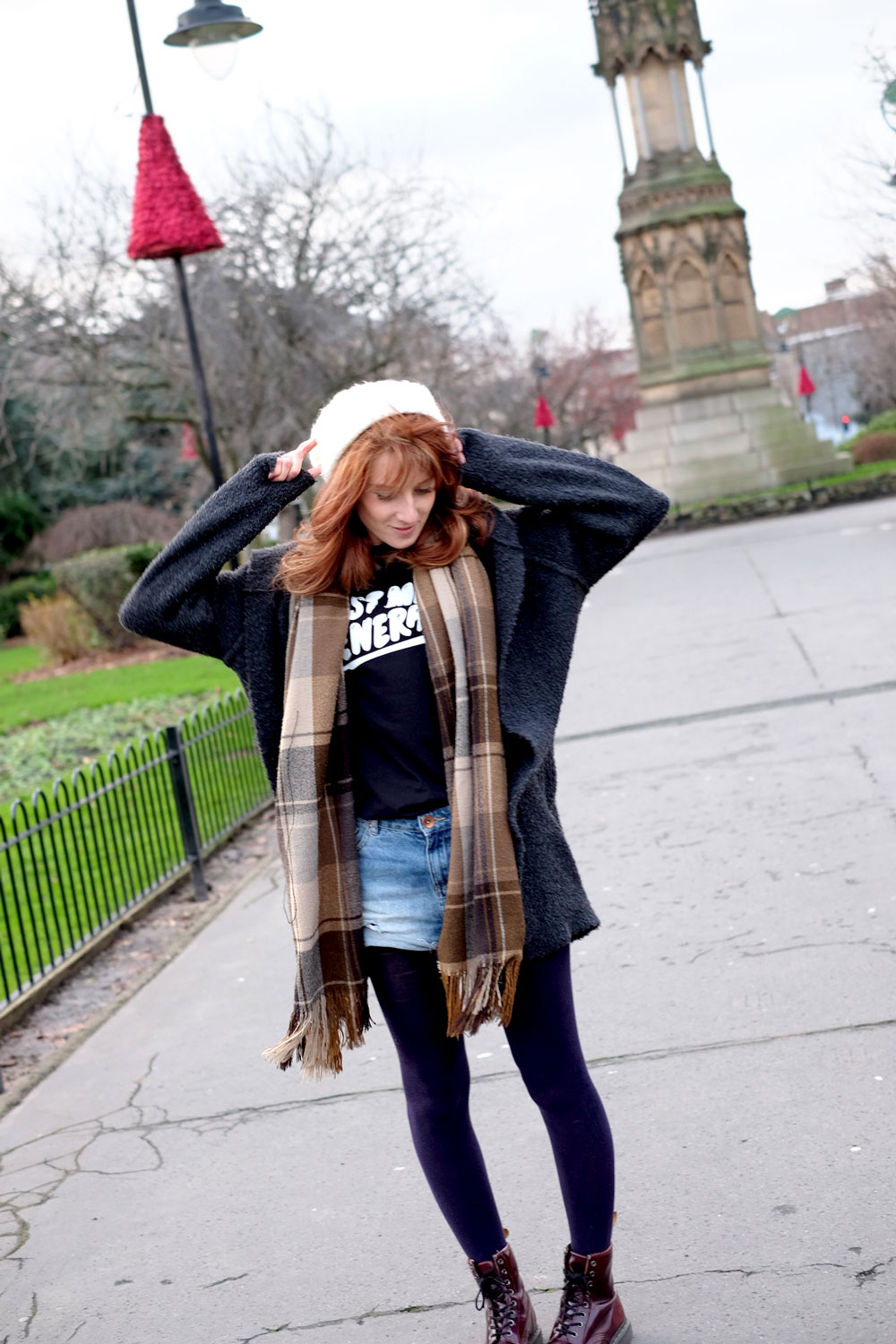 Minimalism: I have been slowly becoming somewhat of a minimalist over the last three years or so. This year I’d like to take that forward and continue to let go of things that are no longer useful to me or my life.

I should say quickly that minimalism isn’t the art of owning as few belongings as possible – as many people mistakenly perceive it to be.

It is in fact the art of owning only things that are valuable, whether it’s in a functional way or having emotional significance or value.

I hate clutter; I hate hoarding unused or unnecessary items. I like things to be clean and tidy; I like SPACE. I like only the absolute necessary or valuable things to be available to me at any time. I don’t like owning more than one of something where only one will do (not including clothes, shoes etc). I am careful about which clothes I keep in my wardrobe. I clear out drawers, cupboards and my wardrobe pretty regularly and am not fussy about throwing things away which don’t have any practical or emotional value.

It might sound pretty radical, but if you walked into my apartment, you’d find it no different to any other. We have books on our shelves; many pairs of shoes in our hallway; a number of electronic devices, appliances etc. What matters, however, is that we find all of these things useful and use nearly all of them on a very regular basis. Of course ‘regular’ and ‘valuable’ are words that mean slightly different things to different people. And we do have plenty of things that we don’t use regularly but are still valuable, like spare bedding and Christmas decorations, so we have these in storage.

But to put things into perspective, I don’t like the idea of owning 50 different mascaras or lipsticks; or having a build-up of products in my bathroom, bedroom or kitchen. I like to keep things simple, and I hope I can strengthen this resolve in 2018. 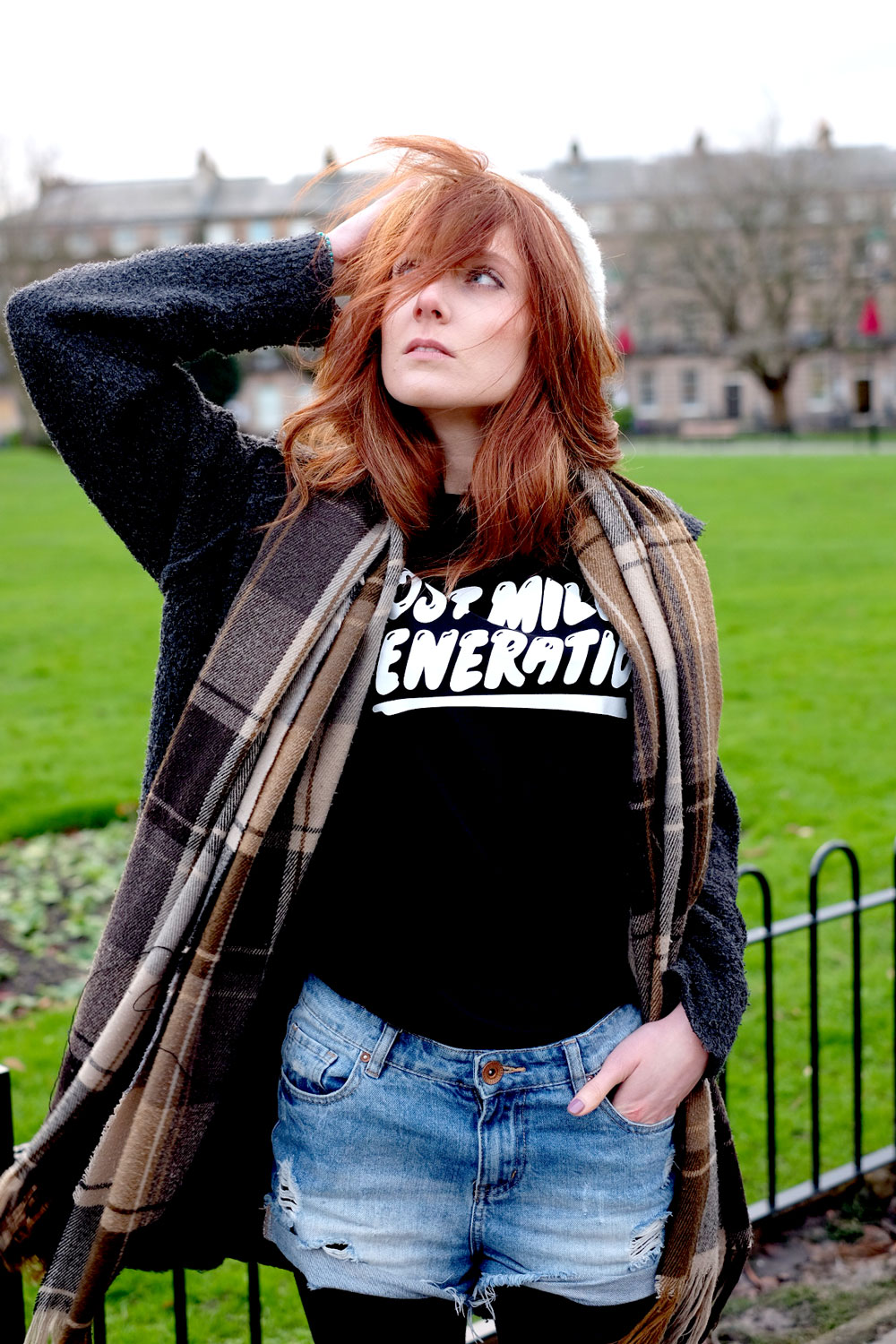 Pass my driving test: If you know me well, you’ll know that learning to drive is something I put off for a very, VERY long time. And whilst I’m worried that writing this will jinx things, I feel like right now I’m closer to passing my test than. I’ve. ever. been. Ever.

So, whether it’s in the near future or the far future…I really am determined that this will be the year that I finally pass my test and become a real, self-navigating, self-transporting grown-up.

And if you ask me, I do believe there are way too many cars on the road, and that we should all use public transport more.

However, driving seems to be one of those skills that everyone needs to know how to do these days, so if I have to learn it, I will.

Go deep, not wide: I caught this phrase in one of Zen Habits’ latest newsletters, but it just so happened to perfectly describe exactly what I want to do this year.

This year, I want to work deeply on all of the current projects and hobbies I’ve already started, rather than be distracted by trying something new. New activities and ventures are fantastic and all, and if there’s something new you’ve been dying to try, then by all means GO DO IT. Make this year the year you try that new thing.

But for me, I’m already pretty happy with the avenues I’ve chosen to commit my time to, and this year I’m going to work on getting even better at all those things. 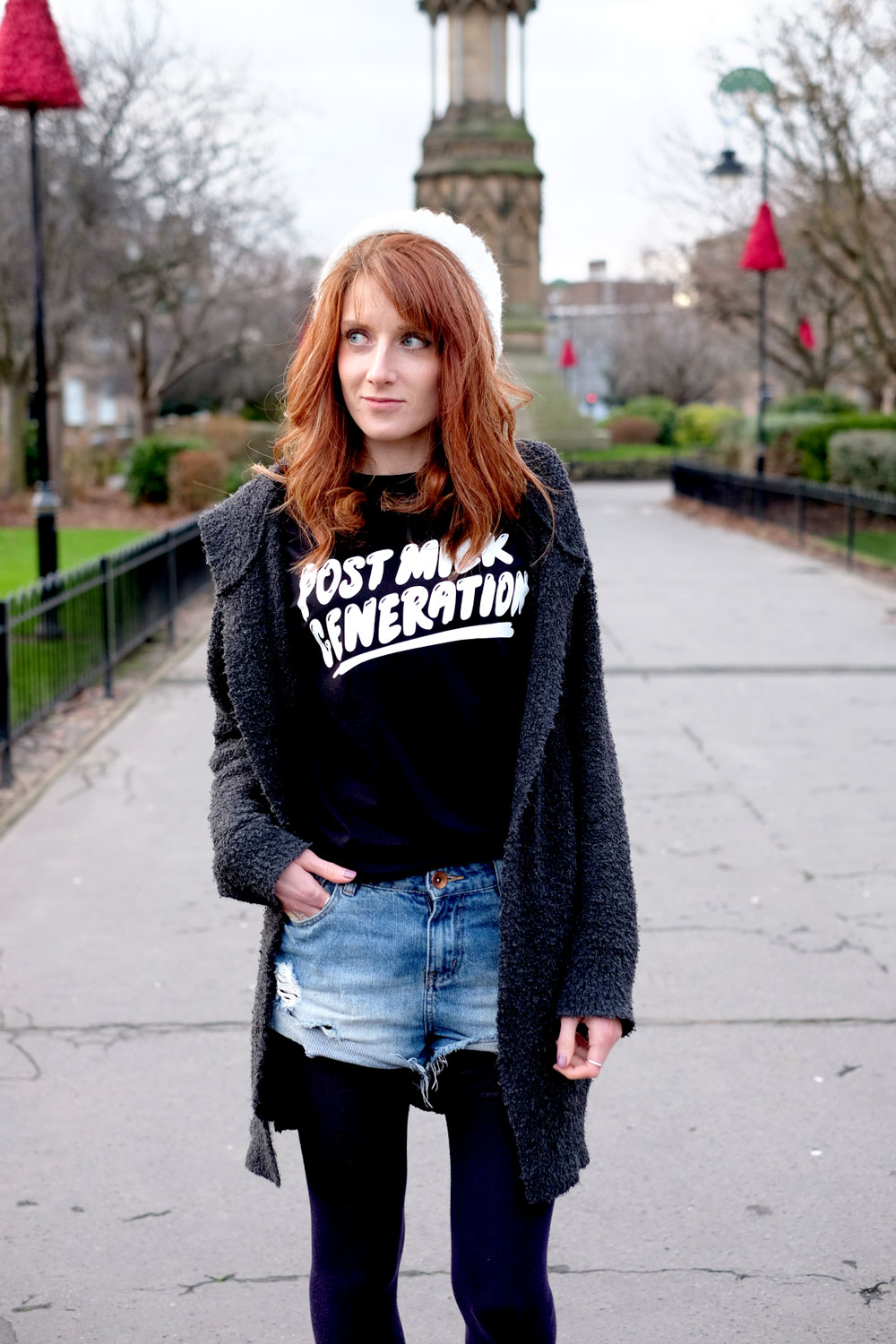 Because it’s always pretty easy to get sidetracked by new hobbies and projects, right? Like, everything feels exciting at the beginning.

But the point at which things start to get tough, or we hit a wall, we give up, or we get distracted by the next new shiny-looking thing.

Thus we go about our lives, becoming novices at almost everything, but rarely becoming a master at something, or finishing anything.

I, for one, am pretty useless at finishing things. If I could go back through my life and count the number of unfinished stories, articles, lyrics, poems, scripts etc. I’ve written in my younger years, I’d have a list as long as…well heck, I don’t know. It’d be pretty long, let me just say that.

And I love trying new things, because that’s just who I am. I like the idea of doing a range of activities that stimulate you in different ways. I like the idea of being good at loads of stuff, even though my rational brain never seems to get the message that that approach rarely works.

But I’m slowly learning. Already this year I’ve been faced with the opportunity to add yet another potentially exciting project to my list. And I turned it down, because I owned up to the fact that adding something else to the pile isn’t going to help any of the other things I’m currently juggling.

This year, I’m dedicating myself to these things that I’ve started. That means of course a whole variety of goals, in different areas, but at least they’re areas that I’m already familiar with.

And at least it involves doing MORE of the things I already know I love!

A Letter to Yourself 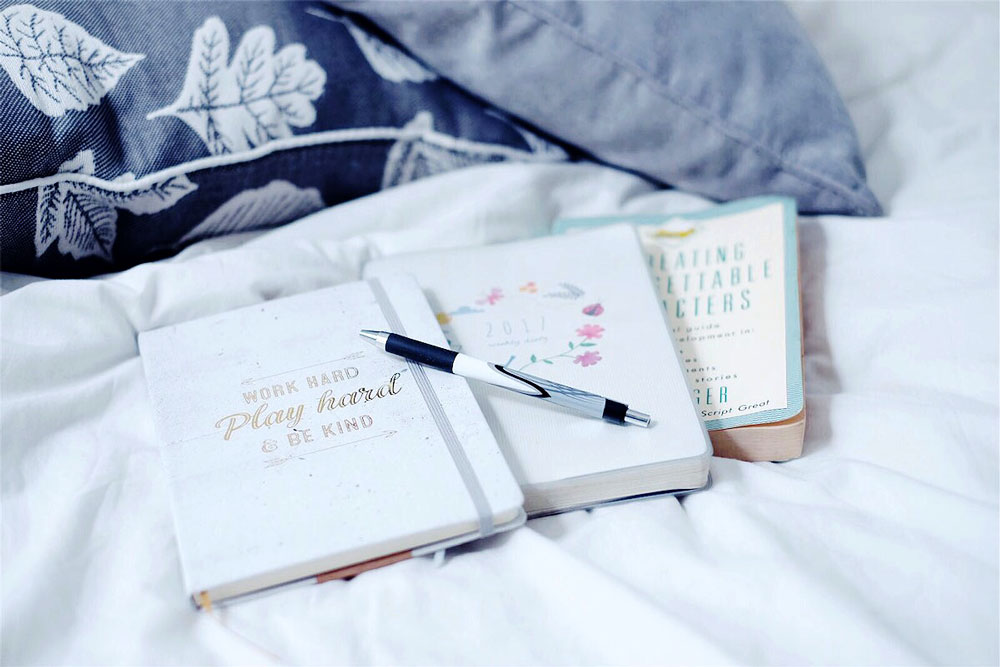 So while I’m still keeping a few personal goals to myself, I will lastly share something else I’m going to do, which I think will be kind of cool.

In this blog post by John Carlton, one of my favourite copywriters, he explains an activity whereby one writes a letter to themselves on the 15th January.

The idea of this being that it is apparently more effective to write oneself a letter, than to write their goals out in a list.

Then, through some kind of universal, psychological power, all of your actions throughout the year will be subconsciously influenced by the things you put in that letter.

Instead of ‘pushing’ your goals, as we do when we write them in a list, this method instead helps us to ‘pull’ our goals toward us.

It’s important to be specific, too. Like, if you want to move to a better house, describe exactly that house. Or, if you want to reach a certain level of fitness, describe precisely what your future is like, living as your fitter self.

It’s totally encouraged to think big. However, the goals shouldn’t be so radical and dramatic that you’ll become intimidated and give up. Try and make them things you know you’d be capable of in a year, if you put your mind to it.

There’s a ton of other useful info in that post too. Such as HOW you figure out what your goals should be, and the huge reason many people don’t meet their new year resolutions (hint: it has something to do with how we’re all just terrified of change).

So I’d definitely recommend sitting with a brew and giving it a read.

But in the meantime, who wants to do this with me?! I mean seriously, it could be fun right? Writing letters to our future selves, and changing the mindset of our brains for the whole year! It seems too valuable a trick to not try.

Whether or not you plan on writing a letter, however, I’d love to hear your new year goals nevertheless. So let me know in the comments below! I always love hearing about others’ plans and we can all support one another in this process.

And regardless of what may be going on around us that leads people to say, “Oh, 2018 was shit,” (2017 did bring some pretty rough stuff), I believe strongly in focusing on yourself. 2018 CAN be a good year, if we let it.

What changes/goals/plans are you making right now?